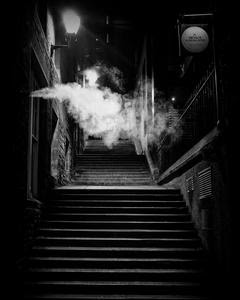 Oh hey there! It’s been a minute, right? I know this is the part where I present the binder full of excuses, and fill you in on everything that’s been happening since…yikes, when was my last post here? Just checked. Since October 22, 2020.

As I was saying, this would be the point in the post where I tell you why I quit writing. Why I suddenly stopped posting on the Hausfrau facebook page (aka Jennifer Ball, Writer)(lol).

That would be a waste of your time, and quite frankly, mine as well. I’m going to do something very uncharacteristic and just jump in like we’ve been hanging out together here uninterrupted, okay? This has been said before but my god I miss writing and I miss hearing from you five or six dedicated readers and honestly I really miss unloading my never ending brain dialogue here. Are any of you like that? Do you have a constant narration going in your head? Maybe it’s just me.

I’m currently on a long term disability leave from work. And as grifty as that makes me feel (it probably sounds griftier than that) it’s something that has been a long time coming, and something that has been desperately needed for a while. I keep telling myself, “that’s why they have these policies in place, ding dong, stop feeling guilty” but as some of you know, guilt rides shotgun most days. And on the days someone else like anxiety or self loathing is in that spot, she’s in the backseat.

I am not okay. And probably haven’t been for a very long time.

Don’t misunderstand; it’s not like I had an obvious breakdown. I wasn’t screaming in the middle of town square, I didn’t strip naked and run down the aisles of Costco (although that would be a hell of a way to get those spanakopita sample gobblers out of the way, right?). I didn’t try to harm myself or anyone else.

This was a quiet one. It was conceived ages ago and the gestation was finally complete this summer. Let me tell ya, labor was a bitch.

I am tired of the word TRIGGER for a plethora of reasons but it’s applicable in this case. There was definitely a trigger, a defining moment. If we’re going to continue along with the pregnancy analogy, what happened this past June was the membranes being stripped and me being sent home to see how thing progressed.

Not sure of the legalities or confidentiality of disclosing the event that pushed me over the edge, but here at the Hausfrau blog it’s always been “my story, my truth, my right to tell it” (remember when my ex found this little confessional? Yeah, I became an armchair attorney after that, ha). And I am a public school employee and as far as I know, our employment contracts are not private. So. Here’s the scoop.

I’ve written before about how I love my job. That’s the truth. I do. Being a school secretary might sound like a dead end road to a lot of people, like a meaningless and low-end career. It kind of is, but it also isn’t. It is not a way to wealth but it is a way to connection with community, with families, with amazing kids and the best coworkers anyone could want. It provides excellent health insurance and until recently, stability and security.

Pretty sure I’ve written here before about the challenges of making ends meet on a secretarial income. It’s not always easy. And that was before Covid.

Our entire work landscape has been mutating and been reinvented since the country came to a slow motion halt in March of 2020. Almost everyone I know has had some significant change in how or where or what they do to earn a living.

In our school district, we were sent home. And stayed there until the next school year began. It was, as all of you know, surreal and unsettling and more than a little scary. I mean, who could have called this one? A pandemic? Yes, there were scientists and researchers and doctors warning us about this for years but surely I’m not the only one who thought that was a worst-case, dystopian scenario. HAVE YOU WATCHED CONTAGION? 😂

So, during the lockdown, we stayed home like we were supposed to be. We checked our emails, we texted, the badass teachers learned how to teach virtually overnight. We stumbled along and somehow made it through. During that time our little clerical contract was being negotiated. Communication was spotty. The people in the association let us know, periodically, how it was going. And then it was settled. Boom. End of story.

Only, there was one very small but very significant change made. We have always received a bonus of sorts, in our last school year paycheck. It’s not Tesla buying money, but for people who are not paid a heck of a lot, it certainly came in handy. Especially for me, since my summer position had been eliminated due to Covid and a restructured summer program. The summer job was one I’d had for years, a full time gig that kept the paychecks coming. And one that, after I had to fight for a couple years, provided me with vacation days and extra sick days.

During negotiations that bonus was restructured and renamed. No longer a bonus, it became a stipend. A restriction on who was eligible for the bonus stipend was written in. It had historically been for all full-time employees. 30 hours a week or more, you are considered full-time. Which I’ve been for years.

They added a single line in the contract, specifically under the stipend section, that only people working 1300 hours or more would receive the stipend. It stated “full time employees working over 30 hours a week + 1300 hours a year are eligible”. Yes, I probably should have known exactly how many hours I work. But come on. We were under stay-at-home orders, there was a shitshow countrywide division happening, my dad died, menopause hit, I HAD COVID, the world was basically on fire.

Anyway. I ended up only working around 1260 hours in the 20-21 school year. Yep. I missed it by less than a couple weeks of work. And that was due to my hours being involuntarily cut. So. No stipend, bonus, whatever you want to call it…I didn’t get it.

For the record, I was okay without it. Thanks to my side hustle, Poshmark, I had been able to survive a second summer of no work (summer of 2020 I did file for unemployment which was another red tape rodeo but we can gab about that later). I was okay but I was concerned and upset. It didn’t feel ethical. It didn’t feel like the “kind, equitable, empathetic” values that our district espouses.

It felt a lot like the tactics my ex enlisted during our divorce.

Already in a stressed, anxious state of mind, the stipend circus and the gaslighting responses I received not only opened the little trapdoor to the years of well-hidden and not-so-well-hidden trauma and fear and anger and all of the other feelings I’d managed to stuff away, it ripped that goddam door right off its freaking hinges.

You know the scenes in horror movies when portals to hell or other demonic spaces open wide and a howling, ethereal parade of ghosts and goblins flow out like neon green lava? That was basically my brain in June of 2021.

It was not a good time. It felt like reliving all of the past shit: the bruises and shattered trust left by my gross stepdad. The gut punch of being left to care for four little kids with no job, no money. The crappy relationships with my parents. Being lied to and shit on by people who were supposed to be on my side, who were supposed to care for, and love me.

It was a summer of depression. Of nightmares. Flashbacks. Panic. It was a summer where I felt as if life was no longer working for me and I pondered my options. I had a plan, one that thankfully I was either too scared or too brave to follow through with.

And as the coming school year drew closer, these feelings intensified. My friends and family were becoming increasingly concerned. The two women I’ve been blessed with as besties confessed to me, at a later time, that they had considered finding emergency assistance for me. Sleep was a joke: like a newborn I slept in tiny increments and woke to cry and feed at all hours. Panic attacks sprang up at really fun times, like on my daily walks with Walter, and while driving.

I decided that it was finally, finally time to deal with me.

For the past however many years- 40 have passed since I last ducked under my bed to avoid the punches of a monster, 12 or so have slid by since losing everything but my life and my kids in a nightmare divorce- I’ve done a decent job of pretending. Pretending that I’m okay. I’m tough! I’m resilient! I’m Miss Jenny, dammit! Dogs love me, kids love me, I had everyone fooled. Nobody really knew what was always there, just out of sight beneath the masks of Brave Single Mom or Always Happy Secretary. Plucky Survivor, lol. My goodness I had a veritable Halloween store, didn’t I?

Well. That’s over. No more masks. No more pretending. No more burying feelings like a dog hiding treats in the yard.

After a false start and a ridiculously long waiting period, I’ve found a therapist who is trained to deal with PTSD and other traumas. I’m abiding by my employment contract and taking advantage of the policies that are in place to assist with situations like mine.

For the first time, in what feels like a lifetime, I’m taking care of me.

It feels so weird and so good to be in this little corner of the internet again.

Thank you for being here with me.