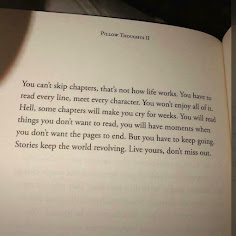 “In this house” LOL. If you’ve spent any time in groups for parents of college aged kids, you’ll see this phrase used a lot. Sometimes in a hokey meme, sometimes used as a sort of creed by a certain brand of Mama Bear. IN THIS HOUSE, WE LOVE/WORK/PLAY/PRAY HARD you get the gist. Like a mission statement. Those groups are better than most reality shows, by the way. I had no idea how many parents use Life360 to track their adult children.

But that’s beside the point today.

Today, my point is this: I’m leaving this house. Our house. The ramshackle rental that provided a roof over my head and the heads of my four young kids for just about 12 years.

I knew this day was coming, knew it from the time my shaky hand signed the lease. Nothing is forever, right? Especially when you’re renting.

Knowing something is coming is a lot different from having the exact date of when that something is actually arriving. The expiration date on this particular home is April 1, 2022.

My landlord, who has been written about a few times in this old blog, came over Sunday night and we had a nice talk. He’s no spring chicken (as he’d readily nod and agree, lol) and his health has not been great. He had tears in his eyes when he told me that he and his wife have made the decision to sell.

Me? I had tears in my eyes, too. Also on my cheeks and down the front of my shirt and surely a few soaked into the rug beneath my feet. I sobbed, of course. As I said, this was a sure thing. This was the end game that we knew was inevitable. But just knowing the timeframe, knowing the exact end date was a wee bit gutting.

Dave and I talked for a long time. We laughed and cried a little and reminisced. We cackled over the time I wrote him the very first rent check- it’s been $1650.00 a month since day one, and that first check was written for $1600.00. When I handed it to him, he looked at it, then said “Oh, actually it’s 1650.” And my dim ass replied, “Ahh, I bet I have a couple quarters in my purse.” Seriously. Poster child for naïveté, folks.

After Dave left, I made a martini. Of course I did. And I wept. Walter had a front row seat to that Sunday night extravaganza, lucky boy. I’ve made the Miss Havisham comparison here before but that night I did some deep role playing, minus the wedding dress (and the riches, of course). It was ugly and raw. I had another martini which means there were two martinis total which also means my mission to numb was successful.

I gave myself 24 hours to wallow. Wallowed on the couch, wallowed in my bed. Wallowed like a champion! On Tuesday I woke up feeling better. And hungry! Wallowing kills the appetite.

Here’s my shoutout to a few people: the besties, of course, who once again had to deal with a smaller but still pretty mighty mental crisis from me. Luckily they are experienced in this sort of situation and know how to handle it. They know that my first and most visceral reaction to news of major change is a doozy. It’s panic laced with fear, tinged with sadness. They listened. Which was what I really needed. They tried to calm me, which I also really needed. And last night, there was a quick dinner at the Anchor Bar for fish and chips which is ALWAYS NEEDED.

Second shoutout is to my babies. My kids. I sent out a group text telling them and in their sweet, individual ways they commiserated. One son replied simply, “Damn.” Another asked if this meant I’d start looking into finally buying a house. Yet another immediately began researching grants and loans for first time home buyers. And the very practical one made a list of To Do’s for his mom. It’s been said before but it always bears repeating: these kids are such gifts. I love them way beyond the moon and back.

Third shoutout? My therapist. As luck would have it, we had an appointment scheduled for Tuesday and she not only talked me off the ledge, she managed to pull me back and zoom out on the myopic dystopian vision I’d created in my head.

Because, as I’m learning in therapy (OMG I’m learning so much you guys, it’s incredible) we are made up of many parts. When she first brought this up and had me acknowledge my different parts it was super awkward and I actually thought to myself  “what is this woo shit and how can I pretend to go along with it?”. But I’ll be damned. She was right. And this shit, woo or not? It’s working.

One of my parts is the same chick who, 12 years ago, was penniless and about to be homeless with four grade school aged kids. She (me, lol, it’s still hard for me to do this) ran on pure fear and adrenaline for years. She’s the part who freezes when danger is detected. This is the part of me that instantly decided I was going to be homeless and living in my car with a 16 year old dog. This is the part of me that threw her hands up in the air and said “Enough. I’m done. I cannot do this again.” Because she is stuck back there. Iced in a frozen lake of uncertainty, unable to do much more than pound on that impenetrable, frigid surface with reddened cold fists. She is permanently afraid. And with good reason, you know?

So the therapist had me try to get allll the parts together to help that one. And it sort of worked. The scales were lifted from my eyes, so to speak, and I was able to step back and see that all is not lost. I’m still fucking terrified, but not in an “end of times” sort of way. More like “this is going to be a challenge but it’s not impossible and most likely, will not lead to me and Walter sharing the tiny Subaru (what? A Subaru? Yes! All of my parts got a new(er) car. Details later, I promise. Can’t wait to introduce you to Lil Prezzy).

So my assignment was to honor and hold this part for all the grief and fright she’s carried for allll the parts allll these years. And to understand why that part is like this.

Also: I’m not too proud to admit that for a few thankfully brief moments I went back to Divorce Rage. Yep, who knew that I could still muster up some anger towards that dusty monster who put me and the kids into such a precarious situation all those years ago? Okay so we all knew but still. It was weird to have his face pop into my brain again. I thought of his stupid self and his stupid wife sitting in their stupid million dollar home without worrying about packing up and finding shelter and leaving what has become comfortable and secure. But then I remembered that I have a heart. One that works. And I let that shit go. Cue the song, I guess.

Today I’m okay. Today this news still hurts, still pokes with cold fingers, still whispers “the end is nigh, bitch” but today I’m able to understand and cope better than the day before. That’s what those of us in the therapy world call PROGRESS 😂

Oh, about the pic at the top of the post: it popped up in my Facebook memories the day after sweet Dave gave me the news about the house. I don’t remember under what context I had saved it, or if I even shared it anywhere. But it came along just when it was needed.

I am low key dreading the rest of this chapter. Going to keep reading, though. I hope you’ll join me.