No More Yanky My Words. The Blogger Needs SLEEP: That Time I failed NaBloPoMo. Hard. 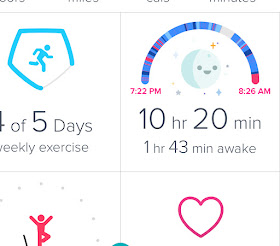 The title of this post is paraphrasing the character Long Duk Dong from Sixteen Candles and I hesitated to use it because of the negative stereotype that character reinforced. My brother is Korean-American and I try to be hyper aware of these things. That said, it's the feeling behind these words that resonate with me today, not the tone. I NEEDED SLEEP LIKE LONG DUK DONG NEEDED FOOD.

If the road to Hell is paved with good intentions, I think there should be a section of pavement down there named "Jenny Avenue" or "Hausfrau Lane" because my intentions are almost always good and quite often end in failure. I'm picturing a cool, old-London-town cobblestone.

I tried. In an attempt to redeem myself there may be two posts today and then I'll pick up where I left off, tomorrow. I'm thinking my Tinder tale really needs to be told and I'm hoping to overcome my embarrassment long enough to get a good story out of it. Because it's weird for me to expose anything less than classy here, right? Sigh.

I set out with nothing but noble ideas yesterday. I worked a full day, and throughout the day made my mental list of what was going to go down Friday night:

I have a few hazy memories of this Rip Van Winkle evening: a young person, hopefully one of my kids, gently removing the Roku remote from my hands and turning everything off. Walter crying at my side and another young person (this time I know it was my daughter because I was mentally willing her to hear him and let him out and she responded) helping him. Waking up in that weird confused state, not knowing if I was supposed to be getting ready for work or what and then stumbling down the hallway to my bedroom, removing the accouterments of the day (basically: taking off my bra and my pants) and falling into the cold bliss that is my bednest. At some point I did regain consciousness long enough to exchange some messages with a sweet friend, the topic was Tinder and as I fell back asleep I started writing about it in my head, so there's hope for a post later.

According to the old Fitbit this was the longest stretch of shut-eye I've had in weeks. I doubt the validity of the "1 hr and 43" awake minutes but there's no questioning the rest of it. I woke up ready to seize the day and so here I am, clickety clacking on the old laptop, going back and rewatching the Seinfeld episodes I slept through and chugging coffee. Also there may be taco ring for breakfast. I will neither confirm nor deny this.

To those of you who have been following my NaBloPoMo journey, I'm sorry to have failed you. I hope you forgive me and accept the offerings I will shove your way today.